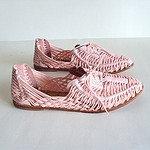 June 24, 2017: My daughter is in labor today. And all of a sudden I’m remembering my labor with her.

March 8, 1982: Earlier that day I was hanging out with a friend, Sue who was also pregnant, but not due for a couple of months. Sue was an expert, having survived something like a 30-hour labor five years prior with little Jason who was hanging out with us that day. I told her I was feeling twinges every now and then. She smiled and told me I was getting ready to start labor. Yippee, it’s about time! I was due the day before.

After our visit, I left and went home to get ready for my husband Mark’s Longballer college softball game (so it must have been a Tuesday?). I curled my hair, put on my cutest maternity smock and applied my signature red lipstick. I was good to go.

Out on a field (of dreams) off Orangethorpe Street, college buddy Kevin Costner was pitching, Mark was catching. I was in the bleachers seated in between Kevin’s wife, Cindy, and the team manager Ron’s wife, Kim. I can’t remember who exactly – probably Kim, she was always more direct, more inquisitive – asked me why I kept looking at my watch.

“I’m counting my contractions,” I said, calmly. I’d been to Lamaze classes and thought I knew the game plan. So far, only a swing and a miss.

Cindy and Kim stared at me wide-eyed, neither having had a kid before; neither understanding that childbirth all just takes time. Much like baseball, it can take forever. At that moment, I had no idea just how many extra innings I was in for.

“Why are you still here?” Kim asked.

“It’s all good,” I said, feeling the bat take another swing inside my womb.

Cindy just kept grinning at me, probably thinking she couldn’t wait for her turn at bat someday.

After the game (I can’t remember who won and since it’s my story, Mark hit the winning ball with bases loaded, okay?) the contractions were still far enough apart for us to go for pizza and beer with the team. But then Kim had to go and announce to everyone that I was in labor and so the team got all excited and escorted me to the car. As calmly as he’d shouted, “He’s coming home, tag the runner,” Ron instructed Mark to get me to the hospital.

We stopped off at home first where I imagine I made sure my bag was packed. I was probably hungry, having missed out on pizza, so I’m sure I made a sandwich or prepared a delicious seven-course last meal (again this is my story). I then probably reset my hair, checked for any chipped polish on my nails and reapplied my lipstick to wait until exactly 12:01 a.m. (we didn’t want to pay for the extra day in the hospital) before setting foot onto first base.

By now, the contractions were getting intense, but I’d opted not to do drugs (this was the era of Nancy Reagan and “Just Say No!”). My doctor had been called earlier, and prescribed something (give her some Terbutaline and call me in the morning) to slow down the labor until he arrived at 7:01 a.m. So I suffered needlessly for almost 7 hours!

I’d been hanging out on first base for way too long by the time Dr. Larson arrived. He checked the monitor I was attached to and then reached up my vajayjay to break my water, which spilled out a greenish shade of baseball field, indicating that the baby was in stress. For how long had the cord been wrapped around her neck? Long enough for you to get a good night’s rest, doctor Larson? I work for attorneys!

I was on second base now, the momentum having really sped up — the pain had amped up, too, to most unbearable.

Five and one-half long, excruciating hours later, the bases were loaded and Joy finally slid into homeplate. She was born on March 9, 1982, at 12:20 p.m. She was a beautiful 8 healthy pounds and ten ounces, to boot.

Despite any oxygen deprivation during those contractions, Joy is also smart as Ross Ohlendorf (Pirates’ pitcher who majored in Operations Research and Financial Engineering at Princeton. His senior thesis—which he completed while actually playing in the Arizona Diamondbacks’ farm system in 2006—used sabermetric statistical analysis to come up with a theory for the rate of return on investments made in the MLB draft.)

As we wait in the bleachers (Grandma in the “Grandstand” with her catcher’s mit), I can’t wait for Joy to come out of the dugout and hit baby Esperanza out of the park (well, not literally)!  Yay Team!