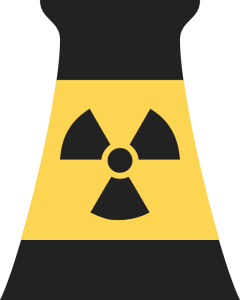 Menopause Diaries was to be the working title for a blog I wanted to start a year ago, until I realized I didn’t really want to just complain about this, I wanted to find a cure! Besides, I saw that there were too many other similar forums (even some with the same title) out there for women to air their complaints. Had I pursued that brain burp, I would have written something along the lines of Vampire Diaries, except that there wasn’t going to be any blood involved. Mother Nature had already sucked me dry. There would be monsters, however, or characters such as Bitchy, Itchy and Drygina.

My first entry would have been something like: “No woman is an island until she wakes up glowing like Three-Mile Island. At my age I still remember Three-Mile, and I’m glowing more like Chernobyl. I’m Glow White with her Seven Nuclear Reactors: Molten Reactor, Nuclear Fission, Neutron Poison, Gamma Ray, Neutron Howitzer, Thermal Reactor, and Plutonium. A river runs through my side of the bed from glowing so much. Heck, I’m not glowing; I’m sweating like a pig! I still want to know, do pigs sweat? Grandma, you were wrong. Women do sweat!”

Next day, I would have written: “And now, my bladder feels full again, but it hurts to pee. I have another bladder infection. Lube up or lose it, ladies. Whether you’re having Sex in the City or doing Dallas or content with once a month on a Saturday night, you’d better lube up and I’m not talking E-Z Lube. Like getting ready for a hurricane, you’ll need to stock up on supplies like K-Y, Astroglide, Replens or Liquid Silk, to name a few. So load up on the lube and be prepared for a drought worse than the Dust Bowl of ’32.”

The day after, my next entry would have been: “Oh, and weight gain! That’s another thing. At 5’8”, I suppose 150 pounds is nothing to complain about, but I feel fat and bloated and haven’t been able to lose one pound. I know that after 50, I can expect to gain something like 5-10 pounds a year. I don’t have to step on a scale or even look in the mirror to know it’s true. I can read all kinds of articles about how Menopause is the root of this mid-life weight-gain-problem and one of the reasons we transition from the pear shape to the pumpkin shape is that our hormones are off balance. Big duh! Our ovaries are producing less and less estrogen. Yada, yada. Okay, so what can we do about it?”

And then a respite; for a few months I felt less like The Walking Dead. It was a miracle! But just when I thought I was finished and that I wouldn’t need to start that blog after all, one of the reactors blew! I think it was the Neutron Howitzer one.

Stage 2: The flashes were back with a vengeance! I woke up – no, insomniacs don’t sleep. I sat up in bed with a soaking, wet scalp and found the long hair of my youth dripping, tangled and twisted around my neck. I saw my reflection in the mirror and thought of Linda Blair. I screamed to my husband, “I’m making an appointment to cut my hair.” He told me he’d leave me. I screamed like the demonic monster I hadn’t wanted to become. “It’s my body – or attached to my body – and I can do with it what I please!” I would miss my husband and his bladder infecting sidekick! They don’t call it MENoPAUSE for nothing, you know! It might even be nice to take a break, I thought.

After a cup of coffee, and a futile attempt to relieve my constipation, I sat at my desk with a lukewarm cup of Starbucks (a slow transition from hot caffeine to cold) as the sweat started to gather at my brow, then under my bra, behind my elbows and knees, down my back, and in between my purple-lacquered toes. I reached to take a sip of coffee from my pencil holder. I spit out a pencil and realized I could no longer work like this! How was I supposed to focus? I got up and stripped out of my clothing and… whoa! There it went down my cleavage, the river called DeNile. The denial was that I could handle this without any sort of hormones! Who did I think I was, Joan of Arc? She burned at the stake, for God’s sake. That was it! I was going on some sort of Hormone Replacement Therapy. What was I trying to prove? Like thirty years ago when I went through that Lamaze stuff and nearly died hoooo hooooing and heeee heeeeing for twenty-four hours straight as I tried to deliver my first baby naturally. And, for what? Did my daughter ever thank me for suffering through that? Does she even remember that she came into this world drug free?

So the decision to turn to HRT was over a year ago, I talked to my doctor and quicker than a gamma ray, he prescribed something for me. The hot flashes disappeared, I was sleeping again, my aches and pains had dissipated and to my husband’s delight, I retained my long locks. Oh, and speaking of delight, those afternoon rendezvous are even better with a little lube! I recommend the warming one.

I am staying tuned, however, for Stage 3.